Psychologist, philosopher and author William James said, “The greatest use of life is to spend it for something that will outlast it.”

That favorite quote of University of Alabama at Birmingham (UAB) School of Nursing alumna Amanda White, BSN, was how she chose to live her life after she was diagnosed with an enlarged heart at the age of 14. Little did Amanda know where her determination to leave something positive behind would lead.

Amanda passed away in April 2000 at the age of 25, but in late 2019 Amanda’s mother, Sandra White, received unexpected confirmation of just how influential her daughter’s kindness and passion to care for others was, and how her impact has endured.

An anonymous donor, known only as James 1:27, pledged a generous gift for the purpose of establishing an endowed program support fund in the UAB School of Nursing in Amanda’s memory. This fund, known as Amanda’s Endowment, will support the education of students interested in organ transplant and/or cardiac care — students who share the same clinical interest as Amanda.

“When I first heard about this gift, tears just came to my eyes. I thought, ‘20 years. 20 years.’ It was almost 21 years ago since she passed, and people want to honor her,” said Sandra White. “The fact that Amanda inspired someone all those years ago, and now they want to honor her memory in this way, it’s humbling. It makes me realize that not only did she make a difference in my life, but in the lives of so many others.”

“Amanda was a nurse who embodied the spirit of nursing and the core values of the UAB School of Nursing. She inspired others, prioritized patient care and worked to make an impact on the community around her,” Harper said. “I’m proud to call Amanda a UAB School of Nursing alumna, and this endowment will allow us to not only share her story and clinical commitment, but will also allow her story and passion for excellent patient care to inspire nursing students for generations to come.”

Amanda started her life in an exceptional way, her mother recalls. Born January 3, 1975, she was the first baby born in Slidell, Louisiana that year and started her life “splashed on the first page” of the local paper. She insisted on starting school at 4 years old, when she realized her brother was spending his days there. 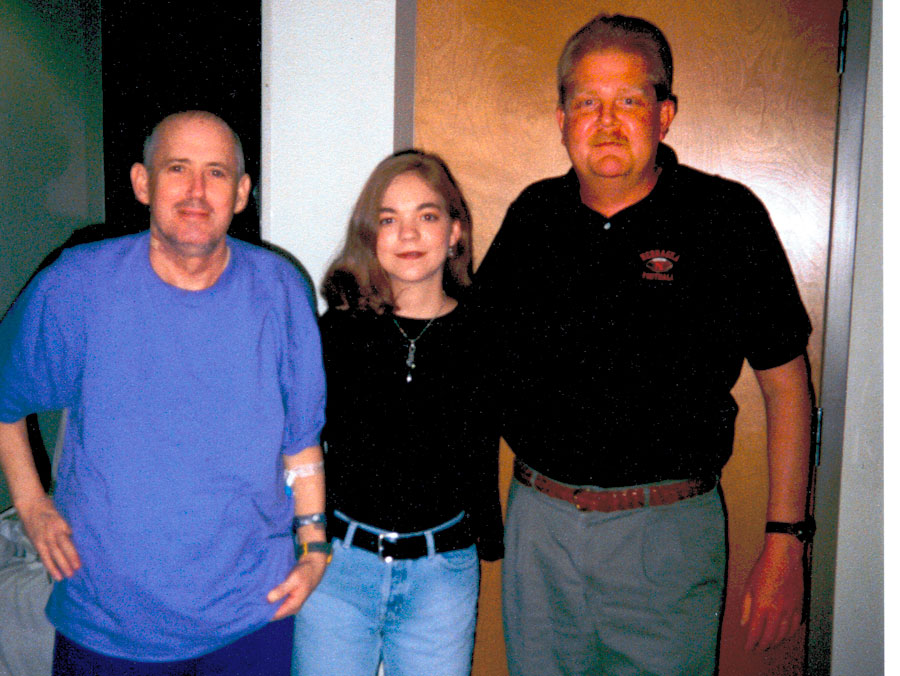 Amanda White with David Cooper and David Tangerman.She grew up as a dedicated student with a passion to learn and help others. Amanda took piano lessons, participated in her school’s band and joined the drill team. In ninth grade, when she came home from practice short of breath and saying that “her heart hurt,” her parents took her to the doctor. After an X-ray and echocardiogram, Amanda was diagnosed with restrictive cardiomyopathy — the rarest form of cardiomyopathy.

“At first, she was still playing in the band and working. She wasn’t going to let anything stop her,” Sandra White said. “But within a year, her heart got worse, and she was having more and more trouble.”

Amanda was admitted into the hospital in her junior year of high school and received a heart transplant at UAB Hospital in 1991. During the time she spent at UAB, in the transplant unit before and after her surgery, Amanda got to know her doctors and nurses pretty well. One of those nurses was Connie White-Williams, PhD, RN, NE-BC, FAHA, FAAN, today an Associate Professor in the School of Nursing and Senior Director of the Center for Nursing Excellence at UAB Hospital and HRTSA Heart Failure Clinic.

“For as sick as Amanda was — she was just so filled with life,” White- Williams said. “She wanted to do something, to make an impact.”

The endowment is a testament to Amanda’s spirit and clinical commitment, she added, and is something that Amanda would be grateful to see.

“What a beautiful gift to remember her and to have her really be able to live on — it really is her legacy,” White-Williams said. “I don’t think Amanda would have ever dreamed of this in her lifetime, but this is something I know she would have supported because it’s helping someone else. She always wanted other people to do well and succeed.”

After her transplant, White-Williams saw Amanda about twice a week for two months for checkups, and then appointments tapered off. Amanda continued to come back for bloodwork, EKGs and chest x-rays, as transplant patients have to, but nothing could deter her spirit.

“She was a tough kid. It’s hard to think about all the stuff she did and had to go through, and she did it so well,” White-Williams said. “I really do think it’s why she chose to go into nursing. What she went through inspired her to be a nurse.”

Sandra White said she saw the same thing in her daughter. Amanda graduated high school and went to Huntingdon College in Montgomery for her freshman year. There, she began her studies to pursue a teaching degree. As she continued making trips to Birmingham for routine tests to prevent her body’s rejection of the transplant, however, Amanda saw the way she could improve other patients’ experiences.

“People would tell her, ‘Now this test isn’t going to hurt. It won’t be bad,’ and she said, ‘Mom, none of these people have been through what I’ve been through. If I’m a nurse, I can tell them this is what it’s like, and how I felt, and that’s why I want to be a nurse,’” Sandra White said. 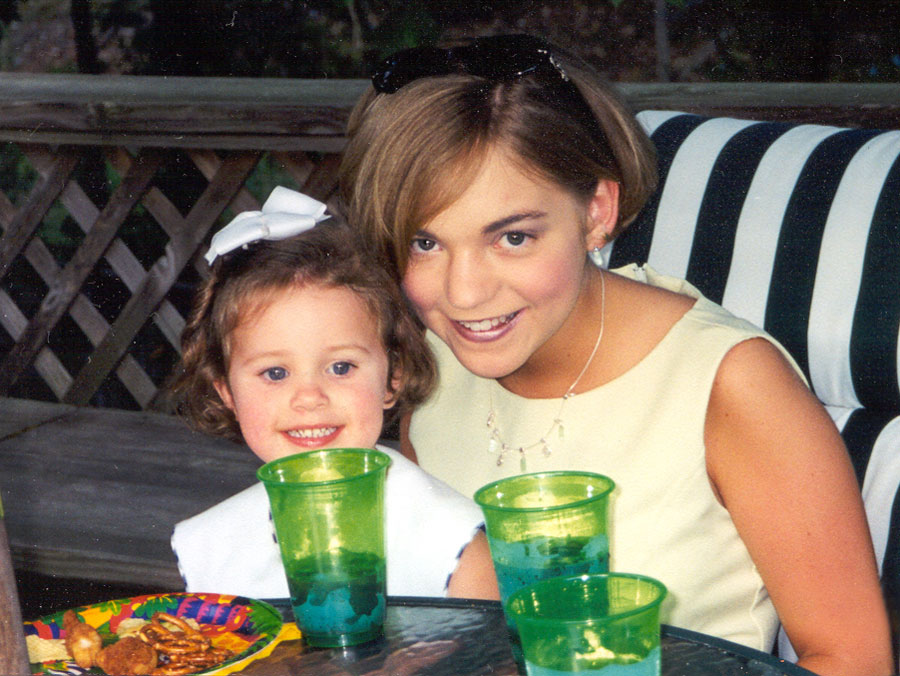 Amanda White and Meridith TrimbleAmanda transferred to UAB, and she was accepted into the School of Nursing after her sophomore year. She was heavily involved in social and academic organizations at UAB, as a member of Alpha Omicron Pi sorority, Gamma Sigma Alpha Greek Honors Society, Phi Kappa Phi National Honors Society, Golden Key Honors Society, UAB Panhellenic Council and the School of Nursing’s Undergraduate Student Association. Amanda was on the Dean’s List at UAB and was named an Outstanding College Student of America. She also volunteered with the American Red Cross and American Heart Association during college and after graduation, where she worked to organize fundraising events and educate children on heart health. She lived her relatively short life to the fullest.

Looking back, White-Williams said she never had to counsel Amanda about her school or college experience, which was a testament to healthy habits and the fact that she took good care of herself. She always kept up with medication and made it to appointments, which is not always the case with college-aged kids.

Amanda received her Bachelor of Science in Nursing from the UAB School of Nursing in 1995, and she moved into a role in UAB’s Heart Transplant Intensive Care Unit — the same unit where she received care just a few years prior. While on the unit, Amanda was able to connect with patients, White-Williams said, and she always exemplified compassion and dedication.

“Amanda could offer a unique insight and unique story to any transplant patient,” White-Williams said. “She was able to be a nurse, but she was also able to say, ‘I understand.’ She had to go through a lot of things many young adults don’t have to go through, and in all her years with us, I don’t remember Amanda ever complaining or fussing about having a transplant or everything she had to do. She was just grateful, and she was happy to be with us.”

After two years in the HTICU, Amanda took on a research assistant role with Dr. Robert Bourge, who was one of her doctors as a teenager. She stayed in this role for several years, and was at work on April 14, 2000, when she collapsed and was transported to UAB hospital. Doctors worked to save her, but Amanda died just after midnight on April 15.

For several years after Amanda’s death, her mother and White-Williams continued to participate in American Heart Association walks in Amanda’s memory.

Evidently, Amanda made a lasting impact on someone else as well.  And now, thanks to the generosity of this anonymous individual, Amanda’s inspirational example and her purpose in life will carry on forever.